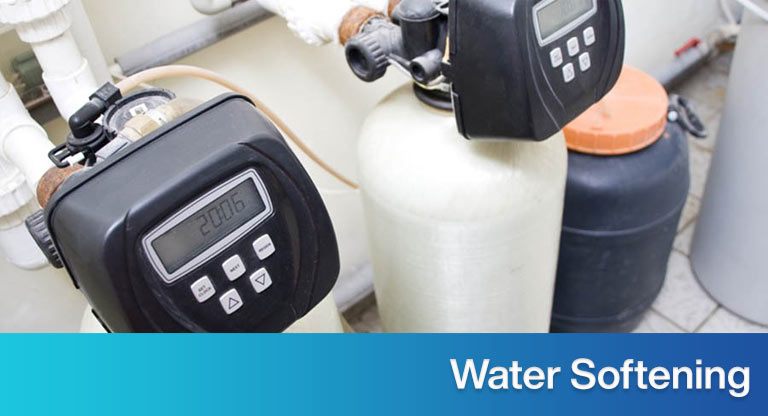 What is a water softener?

A water softener or softener is a system that passes hard water through a bed of resin resins. ion exchange, and as a result at the outlet, you get water with low hardness content.

How does a softener work?

The softening equipment contains strong acid cation exchange resin, which is a synthetic polymeric matrix, capable of attracting and retaining positive ionic charges. The mechanism by which hardness is removed from the water is actually ion exchange. The ions that cause the hardness of the water are mainly Calcium (Ca2+) and Magnesium (Mg2+). The ion exchange is then a substitution of Ca2+ and Mg2+ by sodium, potassium or hydronium ions (Na+, K+ or H+).

What is water softening?

Water softening or softening is the reduction of calcium and magnesium in the water. Its main purpose is to avoid incrustations or scale formation on surfaces, pipes and equipment, such as heat exchangers, that are in contact with it.

What is called hard water?

The hardness ions do not allow the reaction of the soap with the water, prohibiting the production of foam. Another way to check that there is hardness in the water is to observe encrustations, formation of scale deposits in pipes and water heaters. For industries, laboratory testing is the most accurate way to determine hardness.

World Health Organization (WHO) (2), identifies water below 60 ppm as soft, referring to the fact that the human body needs certain minerals for its well-being, which is why it is considered drinkable. Hard water is generally not harmful to health, but it can bring serious problems in domestic and industrial environments, where water hardness control works to prevent costly damage to pipes, boilers, cooling towers, or other equipment with a tendency to incrustations. The reason then to use water softeners is in order to avoid problems in equipment and pipes.

What happens when a softener depletes its softening capacity?

The softening cycle depends on the amount of water and the hardness levels that pass through the softener. Once its exchange capacity has been exhausted, the softener has to recharge the sodium into the resin ion exchange to start your smoothing cycle again. Tests should be done from time to time (commonly every month) to determine water quality. Once the tests show that the hardness is increasing in the water, it means exhaustion on the part of the softener.

What is the life time of a water softener?

The softeners can work for periods of 3 to 5 years if they are given their respective maintenance, constant analysis of the quality of the water produced by the softener, resin change when required (depending on the level of hardness to be treated), tank cleaning of salt, and supply the salt (sodium) when the softener requires it in the brine tank.

What type of salt should be used in a water softener?

The best option is pelletized salt or tablets of mineral or marine origin, which go through an industrialized cleaning and pelletizing process. Sea salt without iodine can be used, usually called industrial salt, but it is not always the cleanest because it may contain some residues that could damage the softeners.

How often should salt be added to the softener?

The salt is added to an alternate reservoir or tank to the container containing the resin ion exchange, called brine tank. The more often the softener regenerates, the more often it will need salt.
Household water softeners are generally refilled once a month, but always taking care not to go past the bottom half of the tank. Although a flow calculation and a water analysis before installing the softener, we can predict how many times in a given time a softener will regenerate and how much salt it will consume. 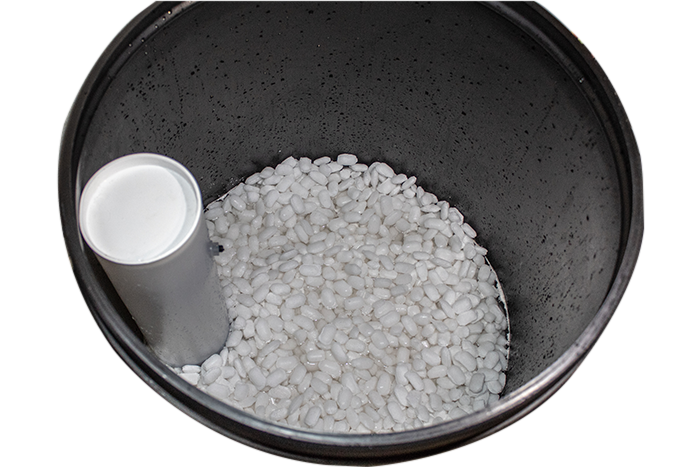 Why does it sometimes not soften properly when salt is added?

Before the salt begins to work in a water softener, it needs a short residence time inside the brine tank flooded with water to dissolve it. When a regeneration is started immediately after adding the salt to the reservoir, the water softener may not work properly. It may also not be properly calculated for flows or amount of hardness in the water, or you are not using a suitable salt for the softener.

How much is a water softener?

Consult prices, features and quotations at

Other articles: How do water softeners work?

The good, the bad and the ugly of water softeners