Is activated charcoal useful for hangovers? 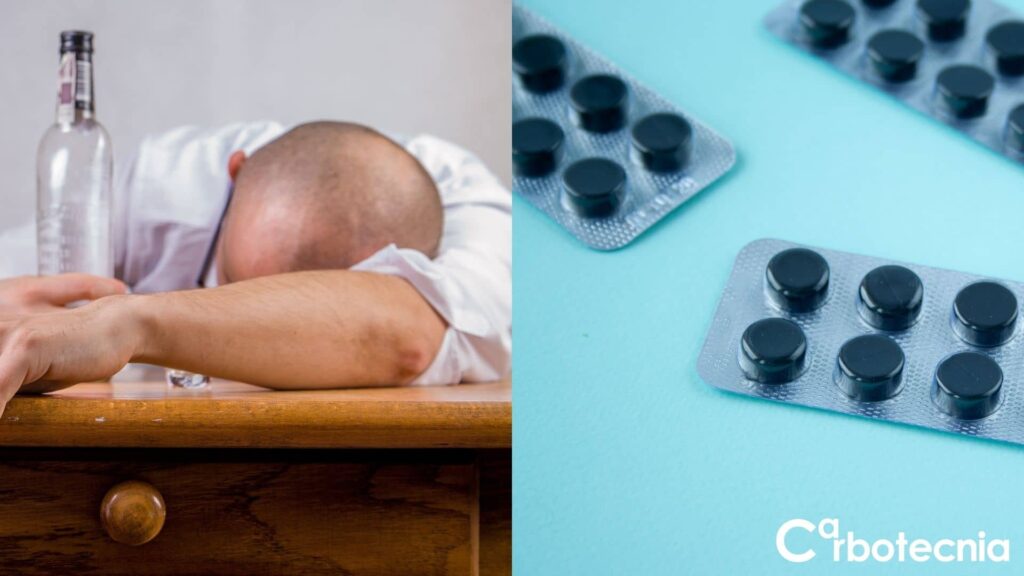 Throughout the years, activated charcoal has been found to have numerous functions which range from filtering any liquid of its color, smell and taste to detoxification of patients for consumption of any substance, but in addition to these uses, recently a new function has been found and this is that activated charcoal is useful for the hangover, something that has caused much interest from those who enjoy partying very often.

It is true that activated charcoal can help adsorb substances inside our body, specifically in our gastrointestinal system which is where everything we eat and drink is stored, that is why activated charcoal is used to detoxify people who consumed any harmful substance or any excessive use of drugs. Activated carbon adsorbs toxic substances and prevents them from entering the bloodstream.

Before determining if it is good to take activated charcoal for raw, it is important to know that it is a porous element that traps organic compounds that are usually present in gases or liquids and is so effective that nowadays it is the most used purifying agent by human beings.

Organic compounds are those derived from the plant and animal world including petroleum and compounds obtained from petroleum.

Treatment of people with acute intoxication:

Activated charcoal is the best antidote at the level of being used in emergency rooms and hospitals.

The charcoal retains the proteins that give color to the cane juice and this prevents it from fermenting and spoiling.

Such as corn glucose and other liquids intended for food.

Discoloration and deodorization of alcoholic beverages:

It is generally used in grape wines and distillates of any origin.

Gold that cannot be separated from minerals by flotation processes is dissolved in sodium cyanide and adsorbed on activated carbon.

These are some of its functions, but it is used in many more.

Charcoal in skin and beauty products

In recent years, the use of activated charcoal in skin care products has become fashionable, something that causes great controversy among experts of this adsorbent because they argue that activated charcoal is an abrasive and that they would really be wary of using a product of this nature on their skin.

Another very similar case occurs with the famous black toothpaste because although it works to whiten the teeth, it also removes all the enamel because of its adsorbent nature which can cause long-term damage.

For their part, experts say they see no reason to use activated charcoal at home and suggest asking a doctor before doing so.

Is activated charcoal good for hangover?

It is said that if activated charcoal is taken during or immediately after drinking alcohol, it will adhere to it and prevent its absorption into the bloodstream. But the harsh reality is that there are numerous studies that prove that alcohol does not adsorb to carbon.

The tests that were done were to provide alcohol and activated charcoal in different ways, including before, during and after the consumption of alcoholic substances and found that on all occasions there was no variation in blood alcohol concentrations.

The main reason is that alcohol and other similar compounds do not adhere to activated carbon, this is because carbon can adsorb on its walls molecules whose weight is greater than 53 g/mol and the molecular weight of ethyl alcohol is 46 g/mol. Which makes it clear that activated charcoal does not work for hangover.

Is it bad to drink activated charcoal?

An adult person can drink activated charcoal and feel perfectly normal, and some even report feeling better after taking it. The reality is that there is no reliable evidence to validate that activated charcoal is of any use to be taken on a regular basis.

In fact activated charcoal should be totally banned for those who take vital medications on a daily basis. The cause is that it can block the absorption of medications for the ailment of the body organ that needs it and pain and even antidepressants. What we recommend is that you do not consume activated charcoal within two hours of taking your medications.

Activated charcoal may also cause the following effects:

Consuming activated charcoal to alleviate the symptoms of hangover does not work and you are likely to feel worse.