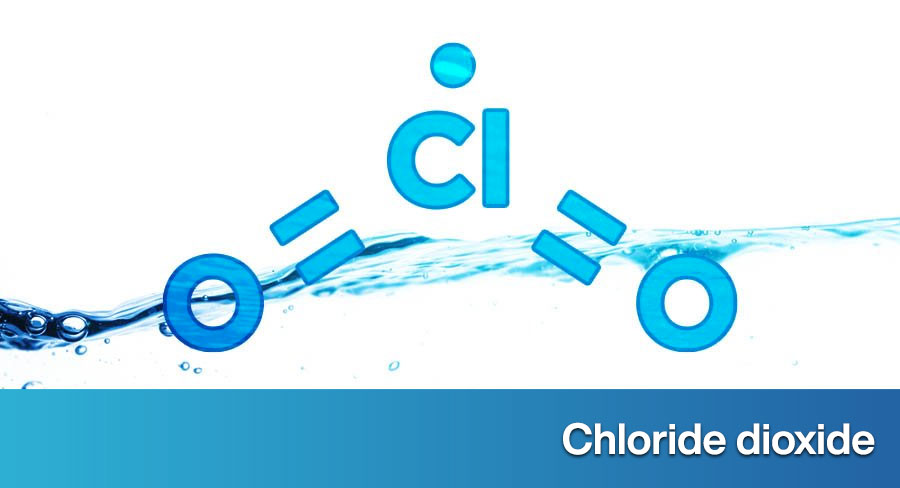 What is the disinfection method most used by humans to make water drinkable?

The method that has been applied the most by humans to disinfect water in order to make it drinkable is known as “chlorination”. Water can be chlorinated from three different compounds:

Molecular chlorine is a gas under ambient conditions. It is stored and transported in pressure tanks. It requires a management that implies strict security measures, due to the high toxicity of this compound in direct contact with humans and with any other living being. In large quantities, this compound has a lower cost than the other two.

Sodium hypochlorite is applied in aqueous solution. It is the same that is marketed in supermarkets and that is used in homes to remove stains and whiten clothes. In some countries they call it “bleach”.

Calcium hypochlorite is a solid that is available in the form of tablets, granules or powders. Its application in swimming pool water is common.

Any of the three previous compounds, dissolve in water and form what is known as “free chlorine.” Free chlorine is hypochlorous acid (HOCl), which can dissociate to form the hypochlorite ion (OCl–):

The percentage of this dissociation depends on the pH of the water. Although HOCl disinfects more efficiently, the difference between the two is not much.

Why look for an alternative oxidant to free chlorine?

Unfortunately, free chlorine generates an undesirable effect: it oxidizes the organic matter present in natural water bodies: well, river, lake, meltwater. Organic matter will always be present, to a lesser or greater degree. If the oxidation were total, it would not be a problem because all the organic matter would go on to form CO2 and H2O. But this is not the case, and chlorinated by-products remain, some of which are more harmful to health than organic compounds prior to chlorination. Among these are trihalomethanes, known for their carcinogenicity even in low concentrations.

In order to avoid this problem, particularly since the eighties of the last century, some municipal plants in various countries have replaced free chlorine with chlorine dioxide (ClO2), which has a high biocidal efficacy over a wide pH range (3 to 9), while generating a lower amount of chlorinated by-products. The latter is due to two reasons: (a) Its potential to oxidize organic matter is lower than that of any other oxidant that humans use to disinfect, such as free chlorine, ozone or chloramines; and (b) Unlike free chlorine, it does not participate in electrophilic substitution reactions in organic compounds.

As is evident, the health authorities authorized the use of chlorine dioxide to make water drinkable. Its use has been increasing, and the main reason why it has not been used more is that it represents a higher cost than that of traditional chlorination.

What precautions should be taken when disinfecting water using chlorine dioxide?

Like any disinfection alternative, chlorine dioxide has limits that must be known to avoid problems.

For one thing, pure chlorine dioxide is highly oxidizing and reacts violently with organic compounds. In its gaseous state, at concentrations above 10% in air at atmospheric pressure, it easily detonates in the presence of sunlight, heat or in contact with mercury, phosphorus and other inorganic compounds. This has impeded their transportation.

On the other hand, in aqueous solution, it is not very stable to light and evaporates easily (its boiling temperature is 11 ° C at sea level). For all this, to apply it in purification, it produces in situ from sodium chlorite (NaClO2). This is produced commercially with a purity close to 80%. Most of the remaining 20% is sodium chloride (NaCl). It is customary to specify a maximum chlorate content (ClO3–) of 1%, although this compound does not cause particularly high toxicity.

The other reagents also require a suitable degree of purity to make water drinkable.

What are the reactions by which chlorine dioxide is generated in situ to make water drinkable?

What effect can water have in case of an excessive dosage of chlorine dioxide?

Applying chlorine dioxide to water can, but does not always, produce the smell of cat urine, kerosene, or chlorine. To solve the first problem, it is important not to dose more than 5 mg / l of chlorine dioxide. In the event that excessive dosing is accidentally carried out, both chlorine dioxide and chlorite ion can be removed by adding ferric chloride to the water, in excess of 10% over the stoichiometric amount. The reaction time is generally 15 minutes. This elimination is due to a reduction reaction in which hypochlorous acid and other ferric salts are formed that are not harmful. Activated carbon does not retain or decompose chlorine dioxide or chlorate ion, although it does eliminate the chlorite ion when the pH is greater than 7.0.

For information on the toxicity and health effects of chlorine dioxide, click on the following link: Chlorine dioxide in aqueous solution