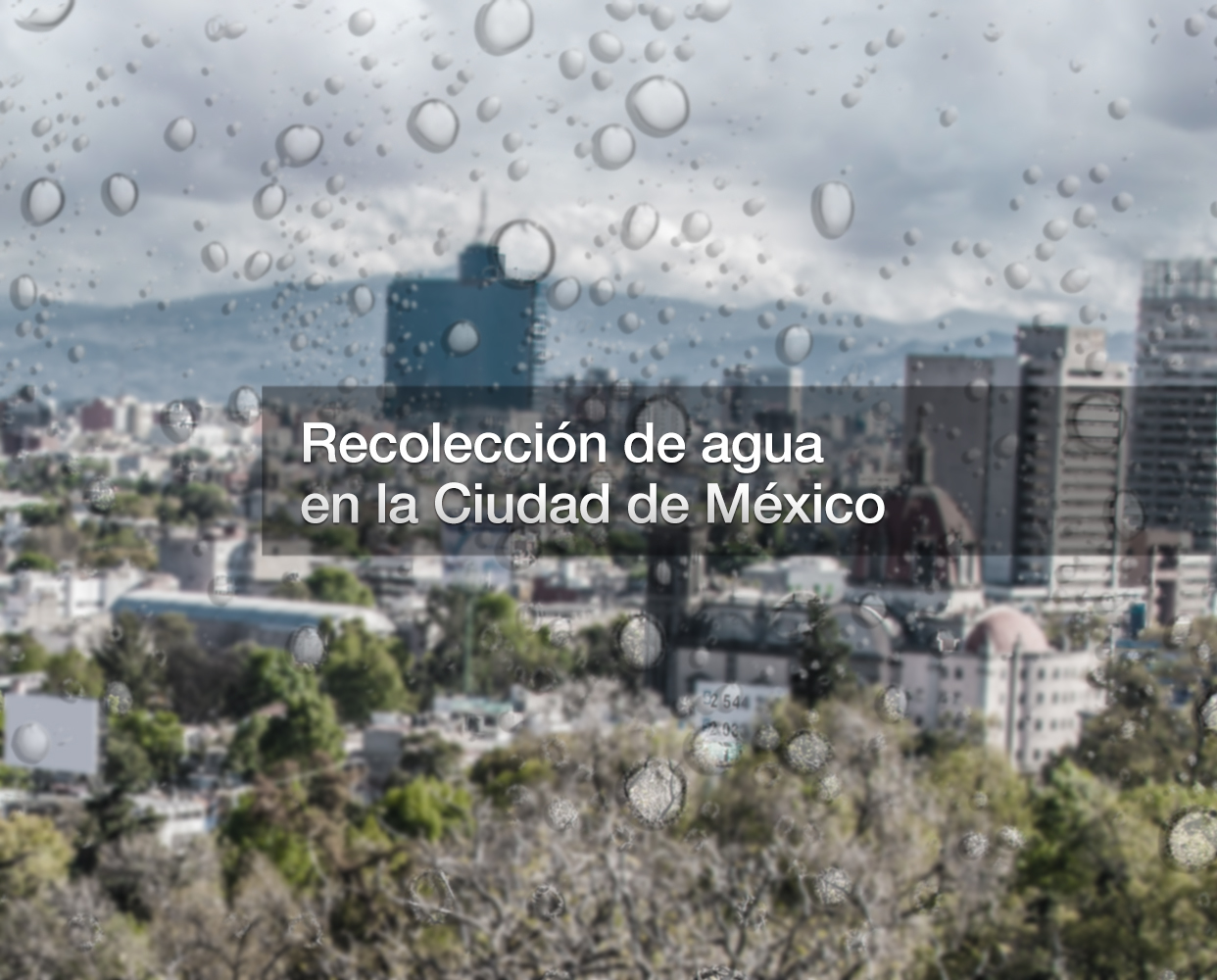 The Ajusco area located on the southern shores of Mexico City is part of the capital of Mexico, but we would not know it since it is an almost rural community.
El Ajusco is isolated from the Mexican metropolis, and one of the most obvious signs of this is that most households have intermittent access to the city's water system.

Residents worry that the water service is erratic and there is never enough water, even to the point that they have to visit friends or family in the city center simply to wash their clothes or take a bath.

Although this situation is typical for the thousands of inhabitants on the outskirts of Mexico City, up to 30% of inhabitants in more urbanized areas have sporadic access to water, which translates into millions of people.

The main problem is that the population of the city continues to grow, currently with 21 million residents, the aquifers under the city are being depleted.

A project called Isla Urbana, a local group looking for a simple solution to this problem for at least part of Mexico City; collect rainwater.

Lomnitz explains that collecting rainwater would be a natural fit for Mexico City, as more than a million households have tanks or cisterns to store water from the city's intermittent water system or from water pipes.

He also says that “if the collection system is implemented in a home, it is not necessary to buy a cistern, since it is part of the house's infrastructure. It is not a new concept for people to have a lot of water stored in a cistern, and that it lasts as long as possible. It's something that people are used to doing. "

According to the group, water from the rainy season in the summer and fall can supply water in a home for up to 6 months. And with the tanks already located in the homes, the system is very easy and quick to install. All that is required is to add sewers to the rainwater channel, implement new plumbing to dispose of the first rains, since they are usually contaminated, and finally add water filters.
The total cost per home is approximately $11,000 pesos.
Lomnitz and his team have installed nearly 1,000 systems in Mexico City, divided between the rural outskirts and the urban center.

Learn more about the project on their site: Urban island