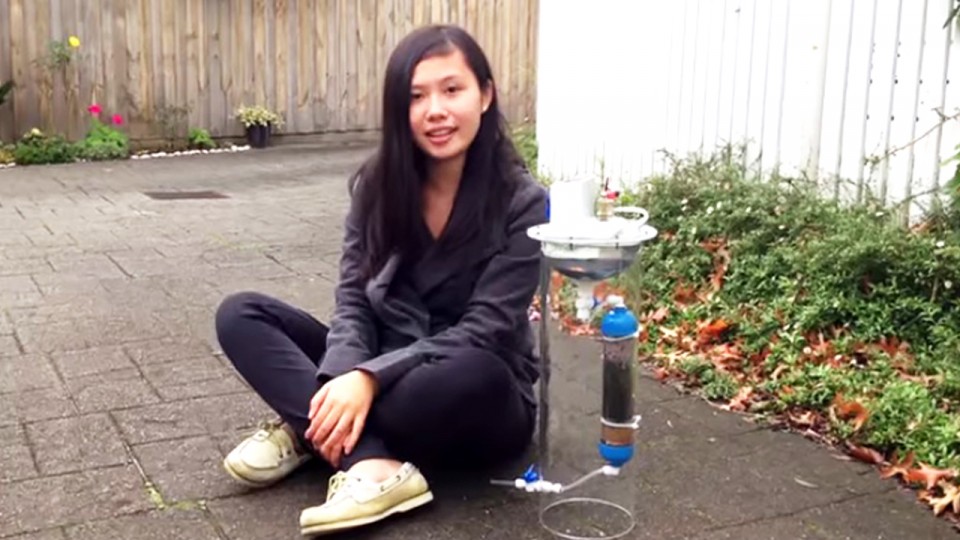 Cynthia Lam is only 17 years old but she is one of the 15 finalists of the Google Fair along with other inventions that aim to make the world a better place.

One of the Google Science Fair finalists, Cynthia Lam, must have felt like Phineas and Ferb when they say "aren't you too young to build that?" This 17-year-old teenager invented a device that can purify water and produce green energy at the same time.

The Google Science Fair aims to reward the best inventions that make this world a better place. Thinking of the millions of people for whom water and energy is inaccessible, Cynthia created the H2Pro, a photocatalytic portable water purification and electricity generation unit.

About 780 million people lack clean water and about 1.2 million lack electricity. Using photocatalytic technology, water can be purified and energy generated from sunlight. Cynthia explained in her application that while researching photocatalysis, the idea for the H2Pro came to her mind.

In the photocatalysis process, water is purified and sterilized, producing hydrogen thanks to the division of water and this can be used to generate electricity. For the process, only titanium is required as a catalyst and sunlight, but hydrogen production is low, which is solved with the addition of reducing agents, a function that some organic pollutants perform very well.

By combining the two mechanisms, energy production performance can be improved and the cost of generating hydrogen can be reduced while water purification is achieved efficiently. Similar methods have been proposed but require external power supplies so they cannot be used in remote locations.

Cynthia's invention seeks to apply the method of photocatalysis on a manageable scale so that it is possible to purify water and generate electricity in an economical and sustainable way that can be implemented in isolated places where these two basic services are today just a dream.

Cynthia shows that you are never too young to create or do something with the intention of improving our planet and the lives of the millions of people who live on it. It is also fortunate that there are programs that push young people to unleash their creativity to build a sustainable future.