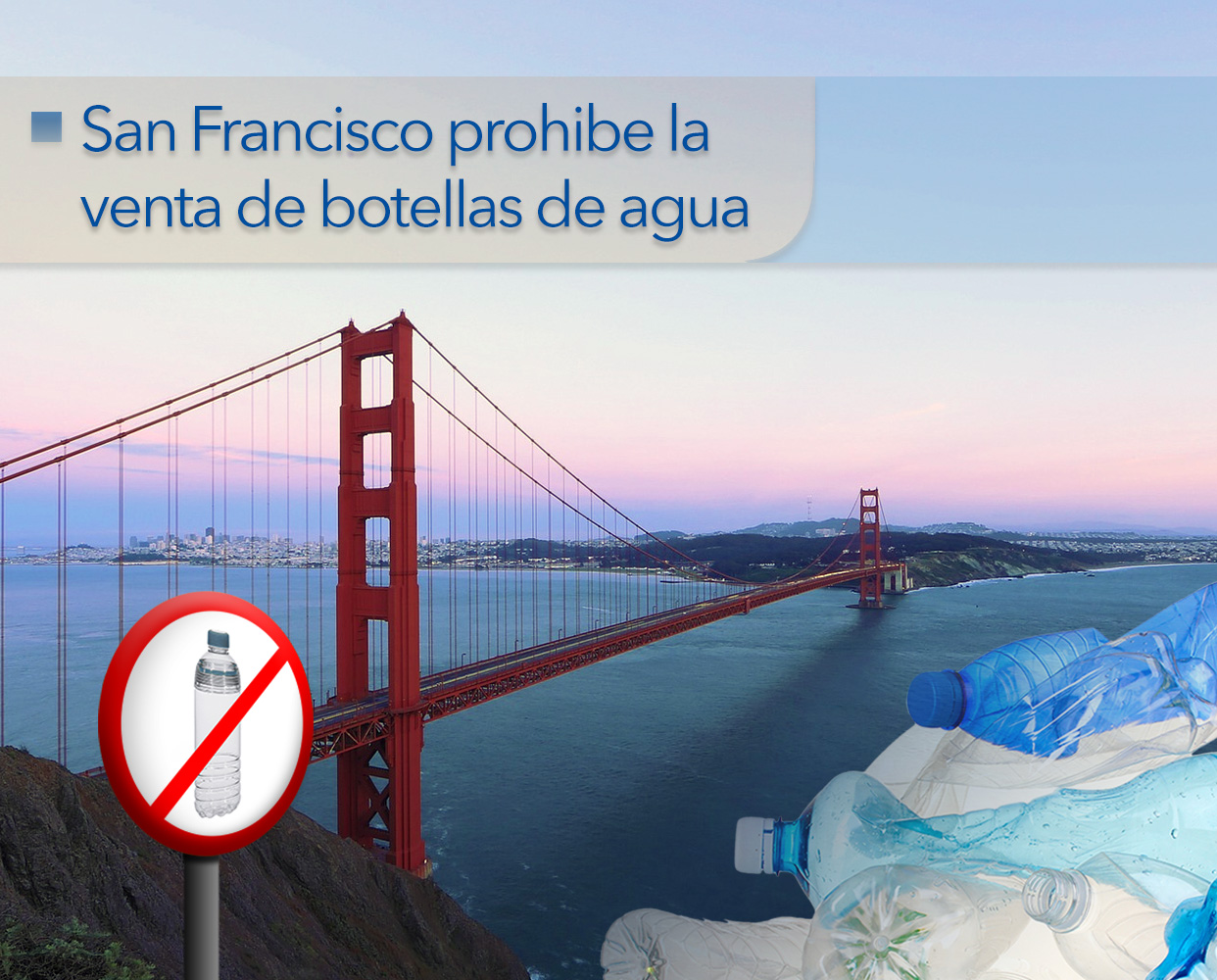 Taking a major step in pollution control, San Francisco has become the first American city to ban the sale of plastic bottles, a movement that is becoming popular worldwide to reduce the amount of waste from the multibillion dollar industry. Plastic bottles.

Over the next four years, the ban will begin by recalling plastic bottles containing 600ml or less, however, there will be permits to market them if there is no adequate alternative to drinking water.

One of the biggest supporters of the proposal was the campaign, "Think Outside the Bottle," a national effort that supports restrictions on "unfriendly" products.

The ban in San Francisco is less stringent than bans that have been passed in 14 national parks, some universities, and Concord, Massachusetts.

Anyone who violates this law will be penalized with fines of up to $ $1,000.

Joshua Arce, chairman of the Commission on the Environment, said that this ban is "a step forward in our goal of zero waste." The city wants to have no waste by 2020, and they are currently 80% from their goal.

Some other efforts to reach that goal include a ban on plastic bags and Styrofoam containers.

"We have held large public events for decades without any plastic bottles, it will be easy to do it again." Arce said.

The American Beverage Association, which includes Coca-Cola and PepsiCo, said in a statement that the ban "is nothing more than a solution in search of a problem. It is a misguided attempt by city supervisors to reduce waste in a city where recycling culture abounds. ”

Call:
Online chat
Start chat
We will reply to you as soon as possible.
Click below to send a whatsapp
Reception
Hello! How can I help you?
We'll be back soon 3:48