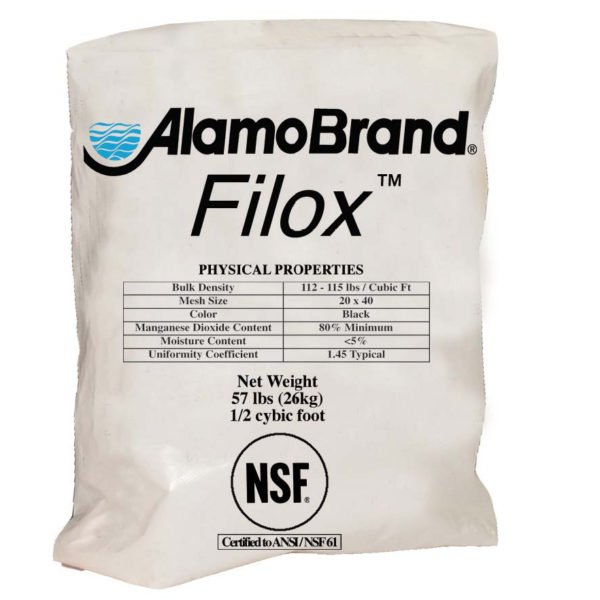 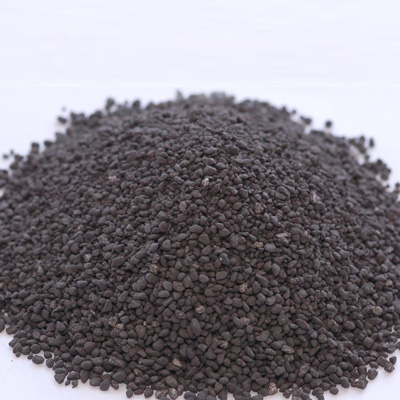 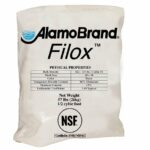 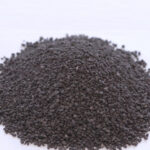 Due to its superior performance potential, Filox supports a significantly higher service flow rate based on bed size and therefore can be used in smaller filters than Birm and Greensand could not. 8 ″ diameter filters with Filox exceed the service flow capacity of a 10 ″ filter with Birm or green sand filter (grensand). Furthermore, Filox-R has an expected service life that is 7,500 times that of Birm. (Greensand is expected to last 50 times longer than Birm).

Filox-R operates within a much wider pH range than most iron removal media. Unlike Birm, Filox-R ™ is tolerant to chlorine. In fact, it works well with all standard oxidizing agents (chlorine, potassium permanganate, hydrogen peroxide, ozone, air).

Although Filox works well with the standard oxidants mentioned, which greatly improve its performance and increase its useful life, Filox can work alone, without additional oxidants, under the right conditions it is capable of handling up to 15 ppm (parts per million) of iron , hydrogen sulfide 7 ppm, and 3 ppm manganese. Capacity is greatly increased with the use of oxidants as a pre-treatment.

Filox works excellently with aeration and chlorination. Both keep the filter medium optimized, ensure complete oxidation of iron and sulfur. Unlike Birm, which cannot be used with chlorine, Filox is tolerant of chlorine. Since Filox has a much wider window of pH acceptability (5.0-9.0, according to the manufacturer, compared to 6.8 and for Birm), using Filox often makes it unnecessary to add modifying pH to the iron removal system. The wider pH range also makes it much easier to predict the success of an iron filter when the pH is in the mid-6 range. The life expectancy of Filox is essentially unlimited (except in extreme iron conditions); Compared to the Birm they are commonly changed every two to three years.