José Alcino Alano, a 64-year-old retired Brazilian, and his family got involved in an ecological project to build sustainable solar heaters. The solar heater uses PET plastic bottles and milk cartons (Tetra Pak) and black painted PVC tubes, which he even mentions work better than the copper. It uses the same system as the factory solar heaters, only that in addition to recycling waste it can be manufactured with your own hands.

The project began with the slogan of the re-use of PET and other materials such as milk and juice packaging, and that is how he came up with the idea of the solar heater, he and his family are not interested in the commercialization of the system, but that every family in brazil and the world can have hot water at low cost and using these materials that are practicing garbage.

After several prototypes, Alcino won an ecology award in 2004, for which he drew up a construction manual for this heater, although it is in Portuguese and is relatively readable to Spanish.

You can see the manufacturing manual here 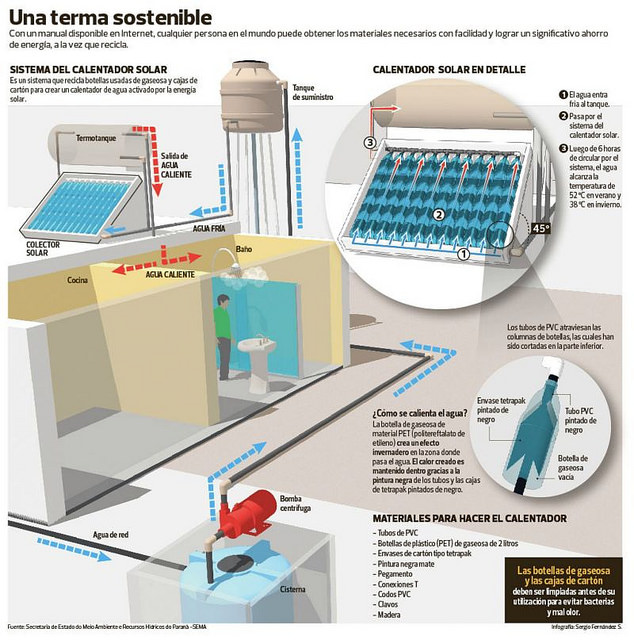