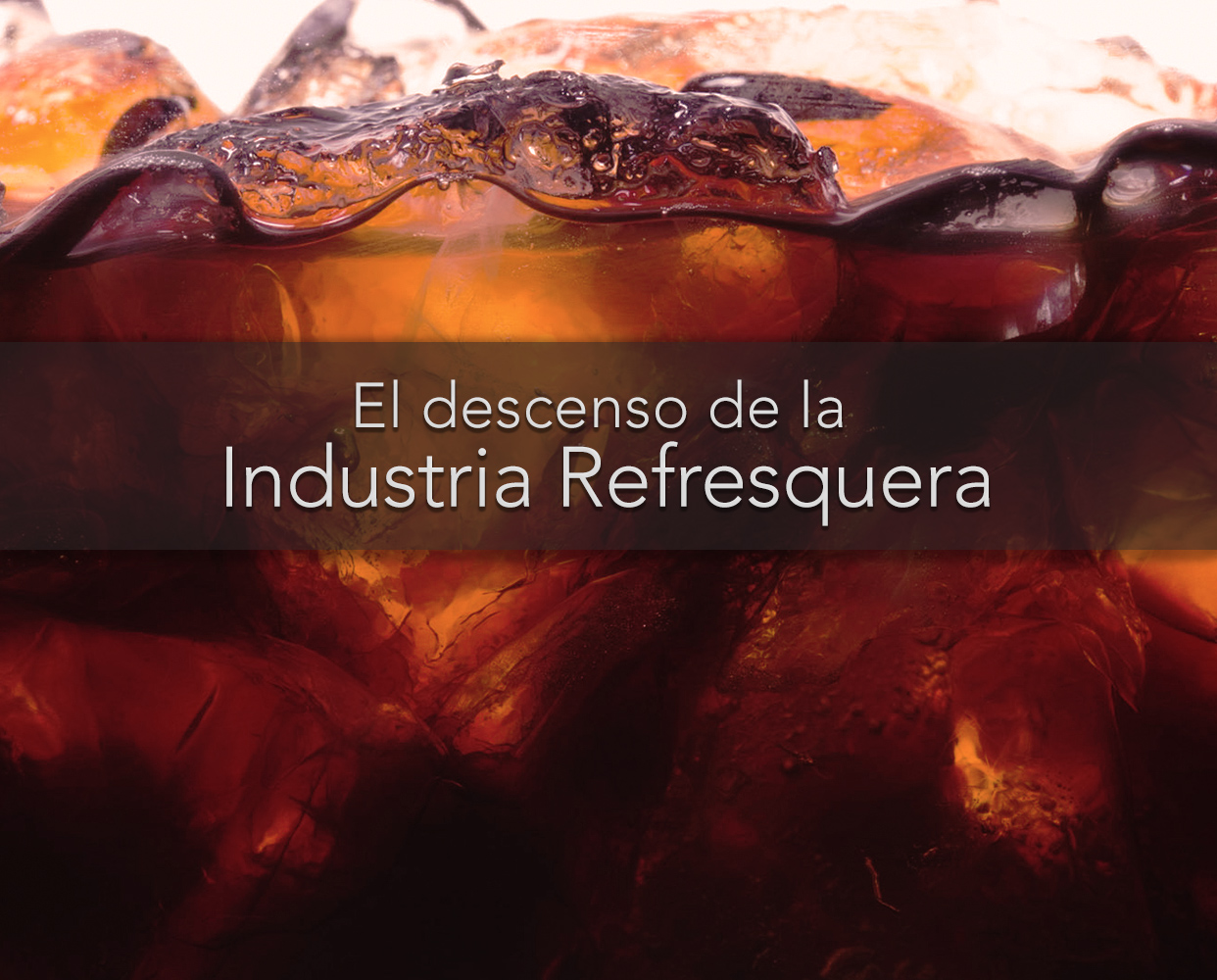 The decline of the Refreshment Industry

Soft drink sales have been declining in recent years.

5 years ago, the mayor of Philadelphia, United States, proposed a tax on all soft drinks, however the industry looked for ways to stop it.

Industry members made contributions to political campaigns and organized meetings with the help of bottling companies.

To enhance its reputation, the industry donated $ 10 million to the Children's Hospital of Philadelphia.

His strategy worked as the soda tax proposal never made it out of the county committee.

This is not new, as this same tax has been proposed in New York and San Francisco, where it was not implemented either.

Although campaigns against obesity have failed in their attempt to add taxes, they have achieved much more, since these types of campaigns remind people that soft drinks are not a very healthy product, as well as public health researchers and individuals have delivered similar messages, which has impacted what Americans think about these drinks.

In the last 20 years, sales of soft drinks in the United States have fallen to 25%. The consumption of soda, which had its boom from the 60s to the 90s, has suffered a considerable decline in recent years.

Sales have stalled and a growing number of Americans say they are trying to avoid soda.

Sales of bottled water have exploded and are expected to surpass consumption of soft drinks within the next 2 years according to industry predictions.

The decrease in soda consumption represents the most important change in the American diet in the last decade and is responsible for a considerable reduction in the number of daily calories consumed by an average American child. From 2004 to 2012, children consumed 79 fewer calories a day just by not consuming sugary beverages, according to a government survey, this represents 4% fewer calories.

This change has happened for the most part in Philadelphia more than in the entire country. Soda consumption among teens fell by 24% from 2007 to 2013, compared to an approximate 20% nationwide.

The school district in Philadelphia prohibits the sale of sugary drinks in schools and limits their availability from vending machines. The city gives financial incentives to stores to promote healthy meals and sends educators into classrooms to teach children about nutrition.

Unfortunately in Mexico, the case has remained very even during the last 6 years, with sales of 7.5 million liters per year (according to INEGI data), even with the initiative to tax soft drinks at 1 peso per liter through the IEPS, to persuade of consumption.

Beverage industry executives met in New York at an annual event hosted by a beverage publication. The event had presentations from 3 of the largest soft drink manufacturers, PepsiCo, Coca-Cola, and Dr. Pepper Snapple, as well as some small companies.

These types of events give companies an opportunity to showcase their products and show off their achievements, but this time there was nothing to brag about as the industry has to adapt to a changing market.

The owner of the publisher of the event's organizing magazine opened the event saying "It has been a very difficult decade, and it would have been tougher if it weren't for the bottled water."

As sales of these companies' flagship products are declining in the United States, they have tried to introduce new products that are better suited to consumer tastes. Iced teas, sports drinks and flavored water are small but growing segments of the beverage industry. Coca-Cola, for example, has almost doubled its product portfolio to 700, from 400 it previously had. Companies are experimenting with smaller presentations of their products, for which consumers pay a higher price per milliliter.

Although the 3 largest soft drink companies sell bottled water, they are not happy with this trend. Bottled water is a less profitable product than soft drinks since consumers have less brand preference when it comes to bottled water than if it were a soft drink, which makes competition more difficult, and their biggest concern is to maintain the loyalty of your customers.