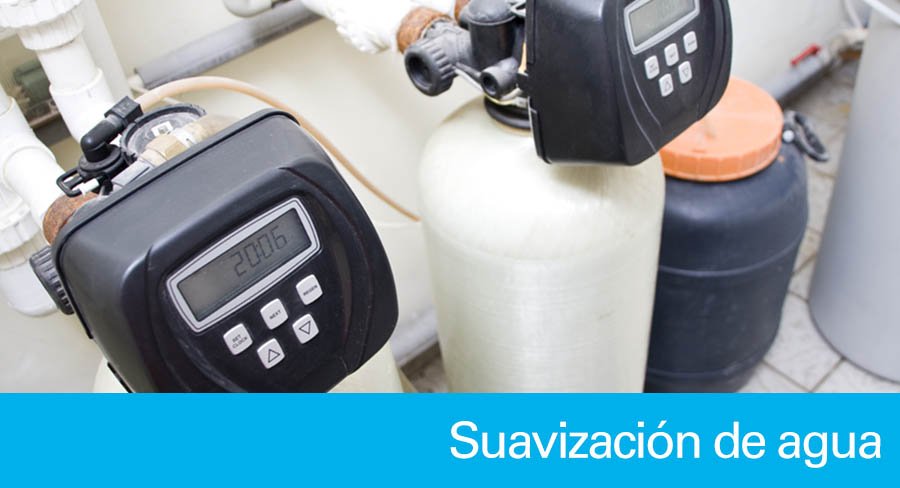 The process of softening the water consists of removing mainly calcium and magnesium. This is done using exchange resins that retain both cations and exchange them for sodium. The water that is considered hard is the one that contains these two elements in quantities that have some effect.

What is good about a softener?

Among the great things about softeners is the prevention of scale in copper and PVC pipes. Scale in pipes causes water flow to decrease. It is possible to descale pipes by applying acids, but the process is complicated, difficult, expensive and can lead to corrosion, punctures and subsequent leaks.

Another benefit of softening your water is that soaps and detergents work well. Hard water does not allow these materials to perform their function adequately, and makes it necessary to substantially increase the necessary amount of them and water to wash properly. In addition, the quality of the wash is lower than that achieved with water that is not hard.

The softening of the water also prevents the skin that is washed with it from becoming dry, and hair and clothing from being rough.

What could be wrong?

The bad thing in the implementation of a softener is that many of the times it is done without a previous analysis of the water, a specialist in water chemistry is necessary to avoid problems that may be more serious than the solution that is sought. The most common problem with a poorly chosen softener is that the water becomes corrosive, or unsuitable for watering plants (when water is very hard, softening generates a high sodium content in the softened water; and excess sodium affects plants).

Some people install a softener believing that this equipment solves all the problems that a water can have: presence of microorganisms or bacteria (installing a softener to eliminate bacteria is equivalent to giving them a trip to Acapulco for a few days and bringing them back), organic contaminants or minerals other than calcium and magnesium.

At Carbotecnia we offer free of charge the physicochemical analysis necessary to know if a water must be softened, as well as advice to prevent softened water from being corrosive or harmful to plants. For example, the solution may consist of softening only a certain percentage of the water to be treated, for example: softening the 70% of the water and the 30% not in order to obtain a balanced water. Another example is that the installation of a calcite tank at the outlet of the softener may be required to balance the softened water.

What would be the ugly thing about softeners?

The ugly thing about softeners is that the ion exchange resin regenerates with salt. Therefore, the “brine tank” included in the softener must be kept full of salt. This salt is grain but it is not the one used for human consumption. Salt for human consumption is sold iodized and fluorinated, and these two elements are harmful to the ion exchange resin.

When do you know you need a softener?

As we mentioned earlier, hard water does not allow soap and detergents to suds properly or wash well; leaves skin dry, hair and clothing stiff (look for a suitable synonym); it appreciably encrusts the pipes and leaves a white stain of incrustations in the places where it drips (sink, glass containers, under the water taps, etc.).

The physicochemical analysis is the best way to know if the water is hard, because it also tells us how hard it is. If you do not have a previous analysis and the help of a water specialist, it is not possible to know the amount of salt that is needed and how often it is required to put in the tank, as well as to choose and program the softener that is necessary.

If the pipes are polypropylene, is water softening required?

Polypropylene has the advantage that it does not rust. On the other hand, incrustations do not stick easily. The problem would be in the metallic connections, such as the keys and the water outlets, and in the effects of hard water on soap, detergents, hair and clothes.

Is there a way to tell if my water is hard without testing?

Yes, the only way is by observing what happens to the pipes.