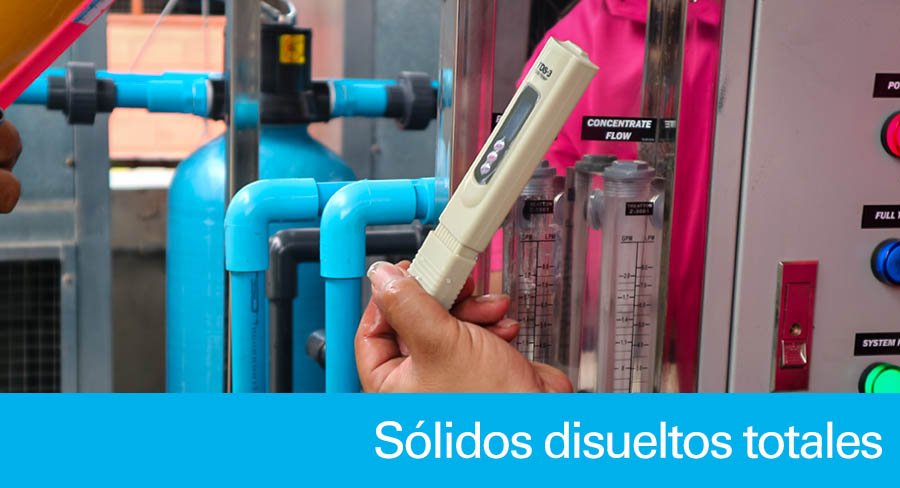 What are Total Dissolved Solids (TDS)?

Total Dissolved Solids (SDT, or TDS) is the residue left after evaporating a previously filtered water sample through a 1.5 micron aperture fiberglass element. The water evaporates and the residue is brought up to 180 ° C. The result is reported in mg / L.

TDS include salts, minerals, metals and any other organic or inorganic compound that is dissolved in the water, or that has passed through the 1.5 micron aperture filter.

Sometimes, TDS is confused with Total Solids (TS), which is the residue that remains after evaporating the same water sample, but without filtering.

Total Suspended Solids (SST) are those remaining in the 1.5 micron aperture fiberglass filter. Therefore, STs are the sum of SSTs and SDTs.

Simple estimation (estimation only) of the concentration of TDS in a water.

If most of the dissolved salts in a water ionize, the conductivity meter measurement will give a good estimate of the TDS.

When we have said that ionic compounds ionize in water, we have meant generality. However, some ionic compounds that dissolve in water do not fully ionize. A very common case is that of silica (SiO2). Dissolved silica behaves as a weak anion. Due to its weak charge, it is not normally included as an anion in water analysis.