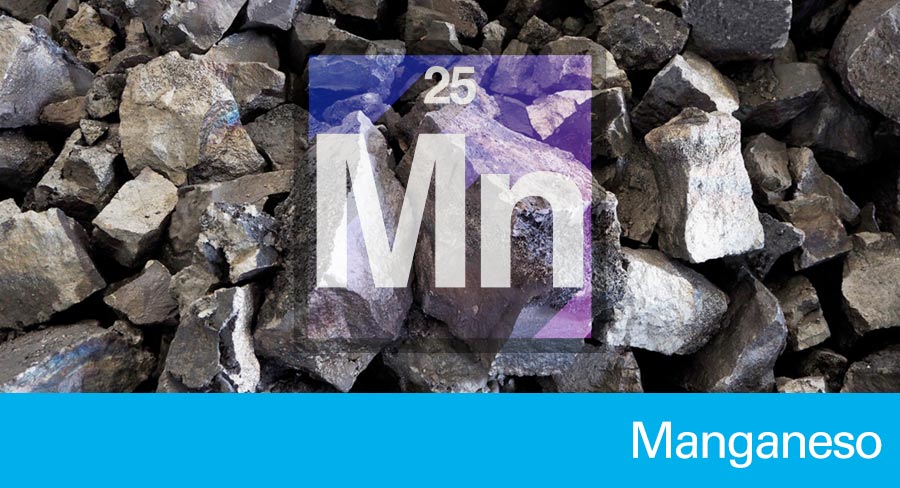 Its concentration in water is usually lower than iron. On average, the concentration found in well water is approximately 0.06 mg / l. Although it is possible to find values higher than mg / l depending on the water conditions, for example, if the water contains active bacteria or reducing conditions. Their presence is usually associated with iron.

Concentrations in freshwater vary from 0.0001 to 0.2 mg / l, although concentrations of up to 10 mg / l have been reported in acidic groundwater and even higher levels in aerobic water, usually associated with industrial pollution.

Manganese is an essential element for humans and other animals, it is naturally present in many foods. Manganese is essential for bone health, including bone development and maintenance. Combined with the nutrient´s calcium, zinc and copper, manganese is compatible with bone mineral density. This is particularly important in older adults.

Manganese poses no health risks at the concentrations found in well, municipal or ground water, but drinking water with high levels of manganese has been found to impair brain development in infants and young children, affecting memory, attention or motor problems. Manganese is more easily absorbed into the body through drinking water.

The main problem is that it can bring some turbidity to the water as well as modify its taste. In addition, the most common problem occurs when the clothes have contact with water with manganese values greater than 0.15 mg / l, since it can generate brown spots on the clothes.

How is manganese removed from water?

The following processes can be used to retain the manganese dissolved in the water: