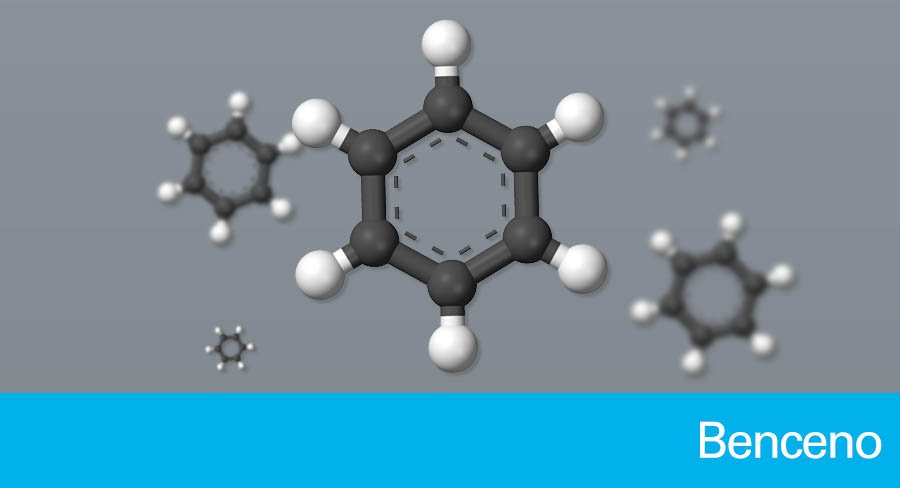 Benzene is a clear, colorless, highly flammable, and volatile liquid aromatic hydrocarbon. With an odor similar to gasoline, its odor threshold in water is 10 mg/liter. Benzene is found in crude oils and as a by-product of oil refining processes. In industry, benzene is used as a solvent, as a chemical intermediate, and in the synthesis of numerous chemicals.

Benzene is used in the chemical industry for the production of styrene/ ethylbenzene, cumene/ phenol and cyclohexane. Its use as a solvent has been reduced considerably in recent years. Benzene is used as an additive in gasoline to increase octane.

Where do we find benzene in the environment?

Benzene can be determined by a purge and trap gas chromatography procedure with photoionization detection, a method that is applicable in a concentration range of 0.02 – 1500 µg / liter. Confirmation is by mass spectrometry (detection limit 0.2 µg / liter).

Benzene in the water

The main sources of benzene in water are atmospheric deposits, gasoline spills, other petroleum products and chemical effluents from plants. Levels of up to 179 µg / liter have been reported in chemical plant effluents. In seawater, levels were reported to range from 5 to 20 ng / liter (coastal area) and 5 ng / liter (central part).
According to the WHO, they estimated that, for drinking water in the USA, approximately 1.3% of all groundwater systems contained benzene at concentrations above 0.5 µg / liter (the highest level reported was 80 µg / liter).

Levels commonly found in drinking water are minimal compared to food and air intake. Exposure to this substance causes neurological symptoms and affects the bone marrow causing aplastic anemia, excessive bleeding, and damage to the immune system.
Benzene is a known human carcinogen and is associated with an increased risk of developing lymphatic and hematopoietic cancers, acute myelogenous leukemia, and chronic lymphocytic leukemia.

Method of treatment of benzene in drinking water