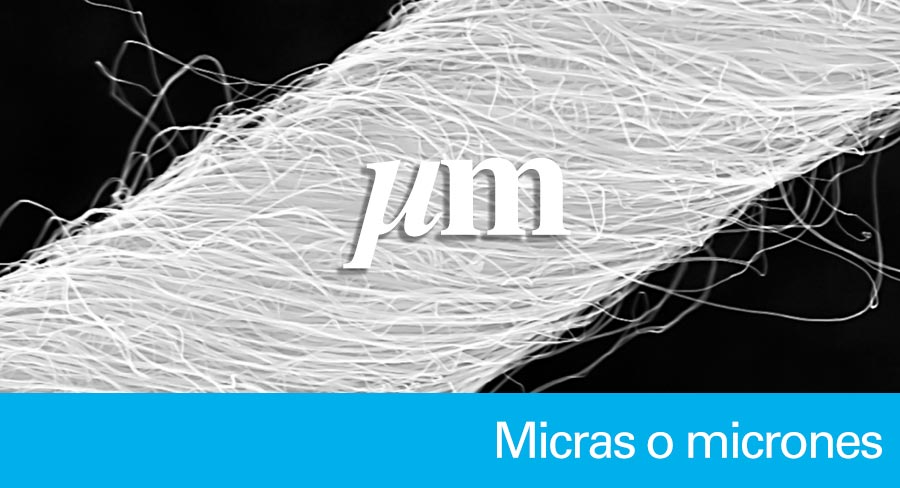 A micron is a unit of measurement in the metric system, also known as a micron. The micron is extremely small, so small to be seen with the naked eye. It is equivalent to 1 millionth of a meter 1 μm = 0.000 001 m = 10-6 m. Microns are an important unit of measurement for filtration of liquids, air, microbiology and laboratory processes.

How small is a micron?

A micron is incredibly small, too small to be seen with the human eye without help. Human hair is usually between 60 and 80 microns in diameter. Dust mites can be between 1 and 4 microns long. The human eye has a limit for seeing particles down to 40 microns.

What kind of things can be measured in microns?

Microns are used by air filtration companies to measure particles in the air, such as pollen, dust, pet dander, dust mites, bacteria, mold spores and other minute contaminants. In addition, microns are used to measure fiber optic cores and microchip line widths. They are also used to measure the diameter of wool fibers. The smaller the fiber, the more valuable the wool.

Microns are an important tool for measuring solids suspended in water. The size of a particle determines its potential for harm to human health. Most particles in air and water are less than 1 micron.

In drinking water treatment, the common filtration is 5 to 10 microns as a basic pre-treatment.

The measurement for particles smaller than 1 micron is called submicron or submicron measurement. For example, computer chip technology can reach a sub-micron level. The standard line width on a chip today is 0.13 micron. Most microchips contain millions of transistors with these tiny characteristics. In water purification, there is equipment that retains sub-micron particles for use in human consumption or laboratory wastewater, these can become smaller if we use micro-filtration to retain bacteria at 0.2 µm microns.

Some of the equipment used in water treatment:

What is the micrometer?

The micrometer, is the instrument that performs the measurement of microns, there are mechanical micrometers (Palmer) and digital electronic.

Call:
Online chat
Start chat
We will reply to you as soon as possible.
Click below to send a whatsapp
Reception
Hello! How can I help you?
We will be back soon 5:43