What problems are caused by iron and manganese in water?

Neither iron nor manganese in water present a health hazard. However, its presence in water can cause taste, staining and build-up problems.

Since iron and manganese are chemically similar, they cause similar problems. Iron or iron will cause reddish-brown stains on laundry, china, dishes, utensils, and even glassware. Manganese works in a similar way, but causes a brownish-black stain. Soaps and detergents do not remove these stains, and using bleach and alkaline products (such as soda ash) can actually intensify stains.

Iron and manganese deposits accumulate in pipes, pressure tanks, water heaters, and water softeners. This reduces the amount and pressure of the water. Iron and manganese build-up becomes an economic problem when water supply or softening equipment must be replaced. In addition, pumping water through blocked pipes or heating the water with heat rods coated with iron or manganese minerals increase energy costs.

What are the sources of iron and manganese in the water? 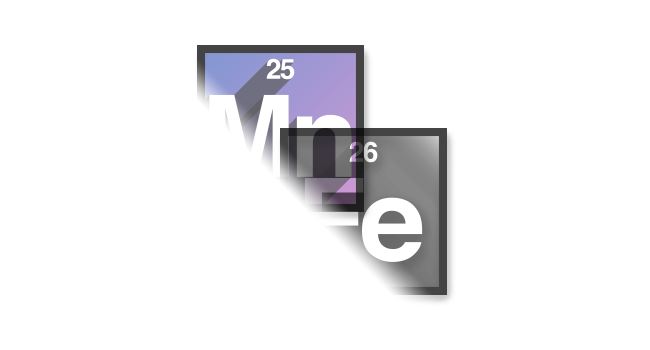 Iron and manganese are concentrated in water by contact with rocks, minerals, and materials sometimes made such as iron and steel tubes. Water supplies may require treatment for high levels of iron and manganese; generally some surface water supplies have high enough levels of either of these to cause problems. Occasionally the discharge of industrial acid waste or mine drainage can increase iron or manganese to problem levels in surface waters.

An important basic principle is observation, if we have time. When the conditions of that environment change, such as the pumping of water from a cistern, the color of the water, or the sediment in the water tanks.

The amount of iron and manganese dissolved in water often follows a trend from low to high and decreases as the depth of the well increases.

Waters that are not in regular contact with the environment tend to be low in oxygen (poor in oxygen). Iron and manganese carbonates in an oxygen-poor environment are relatively soluble and can cause high levels of dissolved iron and manganese. However, if the iron is associated with sulfur as iron sulfide instead of iron carbonate, in this case the dissolved iron is still low. Dissolved oxygen generally decreases with depth, so these types of conditions are more likely to occur in deep wells.

Sometimes oxygen-poor conditions can also occur in relatively shallow wells that have standing water or very slow movement. Problems occur when this type of water is pumped to the surface. The chemical equilibrium changes after exposure to the atmosphere. The end result is the precipitation of iron and manganese compounds in pipes, fittings, and clothing, dishes, and utensils.

Bacteria in iron and manganese

An additional source of dissolved iron can be the pipes through which the water flows. Water with high salinity or acidity from dissolved carbon dioxide or other acids are corrosive to metal pipes. In order to establish balance, iron and other metals are dissolved from the pipes. If the domestic pipes are being attacked by water and causing problems in metals such as iron, copper and lead. The water can be treated to reduce corrosivity, as well as the level of dissolved metals.

Since different metals are more or less corrosive, a solution to the problem may be the use of a more resistant metal. A plumber should be consulted regarding materials that are best suited to local water conditions, but even better is laying pipes made of polypropylene or other strong plastic.

How much iron or manganese in water is a problem?

Standards for iron and manganese are based on levels that cause taste and dyeing problems. The norm in Mexico Nom. 227, mentions that the maximum permissible of 0.30 ppm for iron and 0.15 ppm for manganese.

How to treat water to eliminate iron and manganese?

Manganese dioxide is a set of granular media most commonly used for the removal of hydrogen sulfide, iron, and manganese compounds from water. The media works both as a classic filter and also with an oxidant, to do a catalytic action due to its ability to accelerate the reaction between the oxidizing agent and any oxygen previously dissolved with iron and manganese present.

Dissolved iron, manganese, and hydrogen sulfide will stay that way unless the balance is changed. Iron and manganese that do not oxidize are precipitated by the catalyst and then directly retained in the same medium. The filter media is very dense so the oxidized forms (precipitates) of iron, manganese and hydrogen sulfide do not pass through the bed. Most Manganese is rapidly removed within the first few inches of the medium in which it is oxidized to Manganese dioxide. The adsorbed Manganese, iron and precipitated sulfur are expelled during the backwash. Any growth of insoluble ferric hydroxide particles are also flushed out during the backwash.

There are several brands of manganese dioxide (Birm, Pyrolox, GreenSand Plus, Filox, MTM ...) each manufacturer has their recommendations for regeneration, service flows and backwash, the most important thing is to do the backwash correctly to detach and eliminate the filtered contaminants and iron, manganese and hydrogen sulfide precipitate. (The typical every day). A continuous reaction occurs with the addition of an oxidant, regeneration of the medium surface, and replenishment of the media. For difficult applications, manganese dioxide filters can be improved with aeration, chlorination or ozone. Manganese dioxide filters are recommended before softeners to protect the ion exchange resin from fouling.

Chlorination (oxidation) in addition to filtration

Chemical oxidation followed by filtration is the accepted method of removal of iron and manganese when concentrations are greater than 10 ppm. A number of strong oxidants have been used in this procedure; However, chlorine is generally used in household systems.

A chlorine solution is injected with a chemical feed pump ahead of a sand filter. Soluble iron and manganese begin to precipitate almost immediately after contact with the chlorine solution. However, it takes approximately 20 minutes of contact time for the precipitate to form particles that can be filtered. Often times, the standard 42 gallon hydropneumatic tank is used in many home systems because it will provide the necessary contact time if water is forced through the tank. A simple tee connection from the pipe to the pressure tank is not going to work as much of the water goes through the tank. Additional contact time can be provided by connecting another tank in series or by using a coil of plastic tubing.

This type of system will remove both soluble and insoluble iron and manganese particles from the suspended water source. Backwashing the sand filter to remove precipitated iron and manganese is an important part of continuous filtration. As with the manganese dioxide filter, the flow rate of the system should be checked to ensure that it can deliver the necessary rates for backwashing. An additional advantage of using the chlorination system is its bactericidal effect. Iron and manganese bacteria, along with other bacteria, are destroyed. Potential clogging problems in the sand filter are eliminated. Chlorination does produce trihalomethanes (THM) when organic matter is present in water. THM are considered carcinogenic (maximum level of contamination allowed in public water systems is 0.1 parts per million) and if necessary use with activated carbon equipment.

The optimal rate of oxidation of iron and manganese by chlorination is at a pH of approximately 8.0 and 8.5, respectively. The soda ash injected with the chlorine will raise the pH to optimal levels. Adjusting the pH to alkalinity levels also reduces the corrosiveness of water in pipes and plumbing.

One of the disadvantages of the ion exchange function for the removal of iron and manganese is precipitation by oxygen. Some precipitates bind strongly to the exchange resin and over time the exchange capacity is reduced, clogging pores and prematurely decreasing the life of the resin. Also, if there are bacteria, the problem is even worse.

What are the standards for iron and manganese removal equipment?

Water Quality Association. Treatment techniques to comply with the National Secondary Drinking Water Standards with the application of point of use systems. 1989. Recognized R28 National Headquarters and Laboratory, Lisle, Illinois, 1989.

Funding for this publication was from the United States Department of Agriculture, Extension Service, under project number 90 EWQI-19252.
Copyright © 2013 Regents of the University of Minnesota. All rights reserved.
WW-05940 1992