How does activated charcoal work? What does the word "Activated" mean in charcoal?

Activated carbon is nothing more than porous carbon. Activating the carbon is simply creating more pores in the carbon, to increase its surface area and also its natural adsorption capacity. With that simplicity it is mentioned by any publication that defines or explains what this material consists of. If you are interested in knowing how activated carbon works, keep reading and we will present you with references to three books from the extensive bibliography on the matter:

Activated carbon is a material with a high degree of porosity and an extended surface area. More than 90% of the mass of activated carbon consists of the atomic element known as carbon. Activated carbon is a versatile adsorbent that finds wide use in ecology, industry and other fields for the retention, recovery, separation and modification of a variety of species in liquid or gas phase applications.

Activated carbon, like any other type of carbon, may contain some elements foreign to the carbon atom. These elements come from the organic material used as a raw material for its manufacture and are considered natural contaminants of carbon.

These are, for example, the minerals found in all plants. These elements are responsible for the ashes that remain when the charcoal used to roast meat is finished burning. 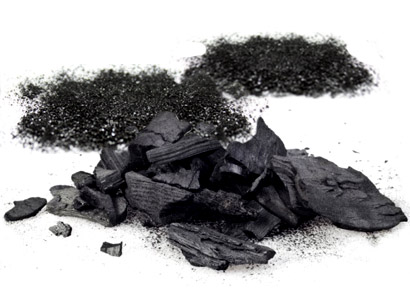 From the point of view of chemical composition, activated carbon is practically pure carbon, just like diamond, graphite, carbon black and the various mineral or wood carbon.

Activated carbon is the collective name for a group of porous carbons, manufactured by treating a carbonized material with gases, or by carbonization and simultaneous activation of carbonaceous materials by chemical activation. All these carbons are prepared to exhibit a high degree of porosity and an extended internal surface area.

Reading the above description carefully, activated carbon is porous carbon. However, porosity can be obtained by two methods:

(a) Treating a carbonized material by means of gases (although not mentioned, they are basically: water vapor, air and carbon dioxide. The latter is obtained from the combustion of natural gas, LP gas or other fuel).

(b) By chemical activation, in which a carbonaceous material is simultaneously carbonized and activated.

Carbonaceous material is that which is made up of carbon, hydrogen and oxygen chains. Such is the case with natural organic materials, such as wood, fruit seeds, nut shells, cobs, etc. The most common chemical activation is done with phosphoric acid, which acts as a dehydrating agent. After the carbonization and activation step, the carbon is washed free of the activating chemical agent.

In case anyone wants to go deeper into the subject, the following section of the Kirk-Othmer Encyclopedia is worthwhile describing the processes of producing activated carbon.

It can be seen that even with the chemical activation method, the carbon is washed at the end and is intended to be as pure as possible because what gives the properties of the activated carbon is the porosity and not another compound.

The production of activated carbon basically comprises of two stages: carbonization and activation. Depending on the type of organic-rich raw material, and the conditions under which it is carbonized and activated, the properties of the final product vary.

Carbonization is defined as the pyrolytic heating or decomposition of a heterogeneous precursor material, such as carbon or wood, in the absence of oxygen at temperatures below 1000 °C (1832 °F), usually in the range of 400 – 600 °C (752 – 1112 °F). In the carbonization stage for the production of activated carbon, the raw material may be in the form of granules, pre-screened material, briquettes or pellets. Carbonization is carried out in furnaces such as rotary kilns, multi-stage furnaces and, to a lesser extent, fluidized bed furnaces.

Together with tars, oils and gases (fuels that may be required to reach the carbonization temperature in the furnace), carbonization produces a “carbonized material”, simply called “carbon”. Most of the impurities, which are not carbon atoms, such as oxygen, hydrogen, nitrogen and Sulphur, have been removed from this material. These are removed by being converted into volatile gaseous products. Therefore, the element carbon predominates in the resulting carbon. Carbon exhibits considerable disorder as the carbon atoms have formed flat aromatic plates that are placed randomly on top of each other. The interstices between these irregular aromatic plates form the porosity on which the properties of the activated carbon most depend.

The carbon obtained from carbonization does not yet have a high adsorption capacity, as its porous structure is not completely pronounced. Therefore, for most applications, this porous structure needs to be increased by an oxidative treatment called activation. The idea of this process is based on the destruction of part of the carbon structure by oxidation of the carbonized material, to develop a highly porous structure consisting mainly of micropores. 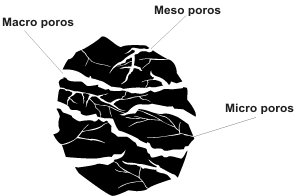 If you want to review more about the porosity and functions of carbon, we invite you to read this article:

Considering most uses, in the production of activated carbon, the crucial goal is to develop pores with a diameter of less than 2 nm (micropores). Activation leads to a product with an extremely high and extended surface area, which provides excellent adsorption capacity. Activated carbons are divided into two types, depending on the activation procedures used to obtain them: thermal activation or chemical activation.

This type of activation, also called physical or gas activation, basically consists of two steps, one after the other:

(a) Carbonization: raw material with a relatively high carbon content is pyrolyzed at temperatures ranging from 600 – 900 °C (1112 – 1652 °C), in the absence of oxygen and the presence of inert gases.

(b) Thermal activation: in this step, the material in its natural or previously carbonized state is exposed to an oxidizing atmosphere consisting of gases such as water vapor, air, carbon dioxide or a combination of these over a wide temperature range of 500 to 1000 °C (932 – 1832 °F).

The reactions of carbon with carbon dioxide and water vapor lead to the development of a highly porous structure. Generally, thermal activation is carried out with previously carbonized materials, such as coconut shell, low temperature lignite coke, bituminous coal and anthracite; all of them are known as fossil fuels. 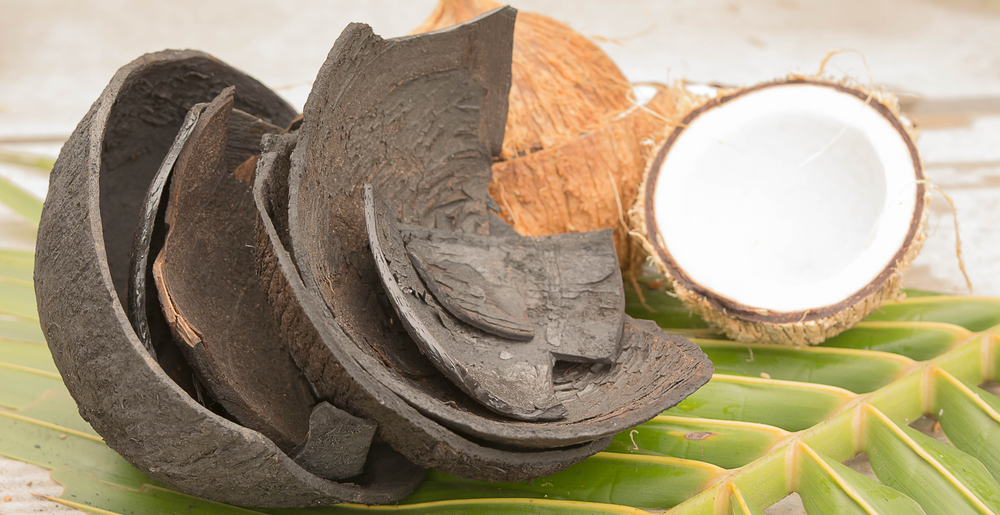 However, biomass sources such as peat and wood can also be used. Low temperature lignite coke sources can be activated directly, without the need to go through the carbonization step. However, for other raw materials, the carbonization step is normally unavoidable as it greatly facilitates subsequent activation.

Chemical activation is generally applied to cellulose-containing raw materials, such as wood, sawdust, or walnut shells. 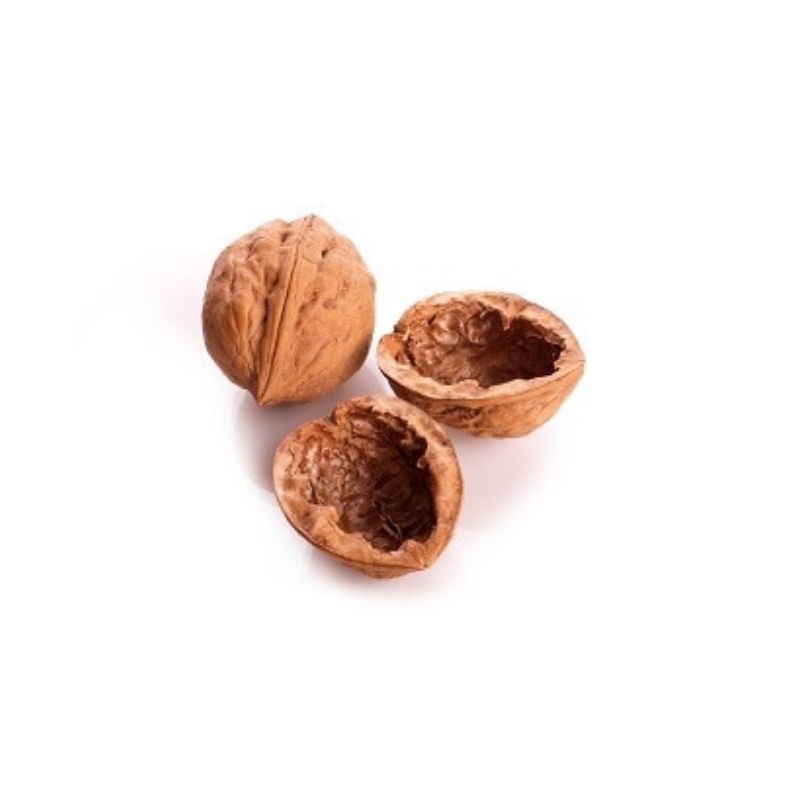 After impregnation, the material is pyrolytically heated to temperatures around 400–800 o C in order to degrade the cellulose. The temperature can vary, depending on the type of activating agent. Finally, activated carbon as a final product is obtained by repeatedly washing the resulting mixture. Another objective in this step is usually the recovery of the activating chemical compound. Unlike thermal activation, in chemical activation carbonization and activation occur simultaneously. Therefore, in contrast to thermal activation in which charring and activation are normally achieved in two different furnaces, in chemical activation they are carried out in a single furnace.

Call:
Online chat
Start chat
We will reply to you as soon as possible.
Click below to send a whatsapp
Reception
Hello! How can I help you?
Regresamos pronto 0:36