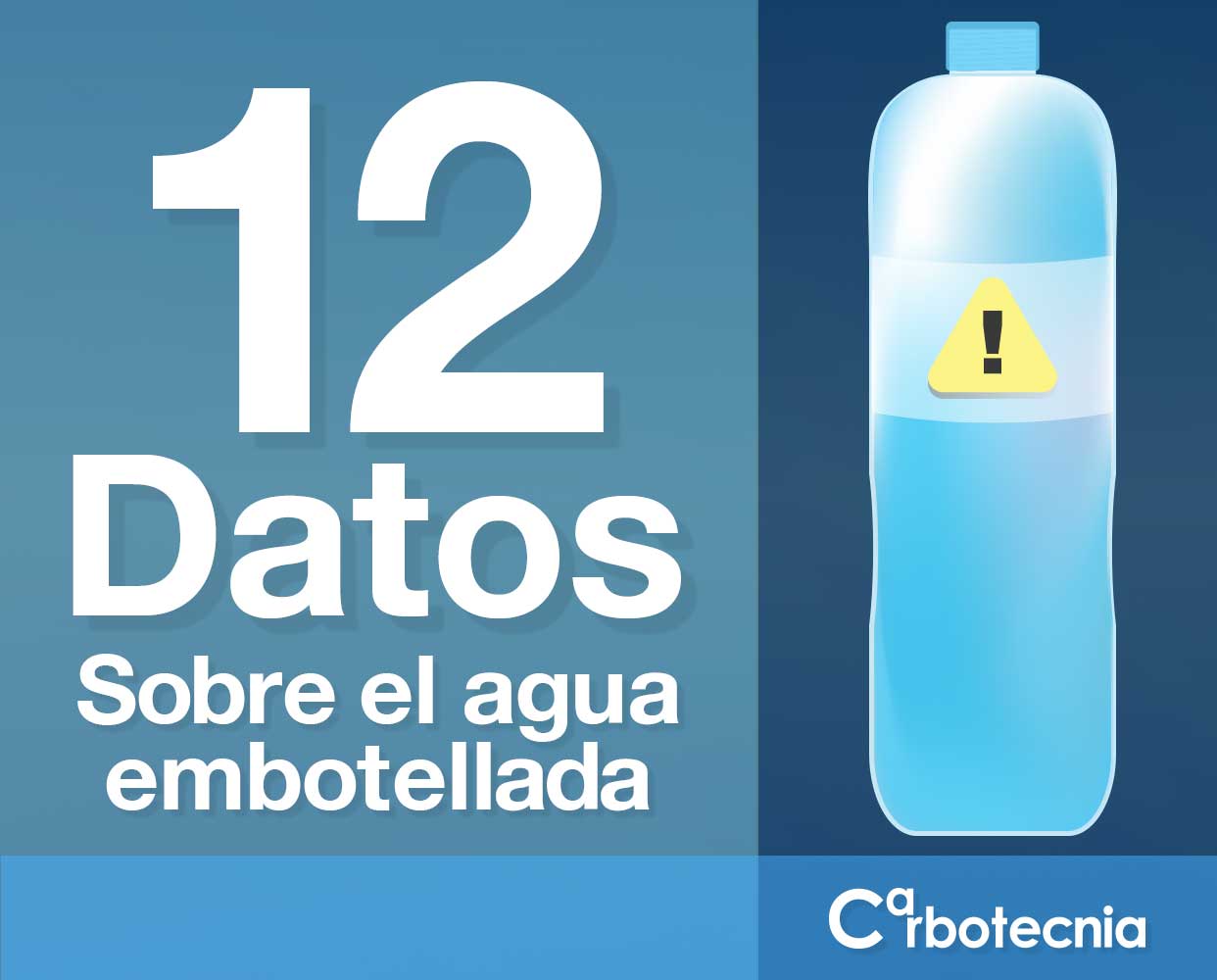 12 interesting facts regarding the use of water bottles.

Water bottles can be purchased almost anywhere and are quite convenient, but there are many problems associated with them. In fact, when you realize the problems and how many there are, you may avoid buying another bottle of water.

1. 800 thousand tons of PET are used to make water bottles in Mexico and only 15% is recycled.

2. Plastic is made from oil or natural gas, which are obviously fossil fuels and produce millions of tons of CO2, both of which contribute a lot to climate change.

3. In tests conducted by NRDC, approximately one-third of the jug water samples showed some contamination, meaning it was not pure or safer than purified tap water.

4. There are now millions of tons of plastic in the environment, including water bottles, so if you stop using them or reduce their use, less will end up in places that should not be, such as rivers, lakes and oceans.

5. Birds, mammals, and sea turtles sometimes ingest bottle caps found in the wild, and are injured or killed.

6. In the process of producing a plastic water bottle, 2 times more water is used than it contains.

7. The cleaning of jugs uses detergents and chemicals that contaminate the water, abundant rinses and do not ensure total sanitation.

8. Most bottled water is transported by truck, rail, or ship, so fossil fuels are burned to move it.

10. Polyethylene Terephthalate # 1 (PET or PETE) bottles are safe for one use only. With additional uses they can leach chemicals into the water that can be harmful to human health, such as DEHA, which can cause cancer, and Benzyl Butyl Phthalate (BBP), which can alter hormones.

11. More than $ 100 billion is spent on bottled water each year around the world, but most of that money is wasted because bottled water can be substituted in most cases. Tap water with a purifier is safe, abundant, and inexpensive.

12. Contaminants such as benzene, mold, kerosene, tetrahydrofuran, fecal coliforms and other bacteria, disinfectant, elevated choline, styrene, algae, and glass particles have been found in bottled water. There are also memories of this type of water, although marketing campaigns try to make it appear natural, clean and pure.

To sum it up, buying bottled water can often be a high cost. Water in Mexico can be drinkable with a water purifier, there are many reasonable prices in the market.

You can also bring your own water bottle made of a material like stainless steel if you don't like plastic. Plastic PET water bottles typically end up in landfills, contribute to climate change, and pollute natural habitats where they can cause injury and death to wildlife.

If you bought plastic water bottles consistently for 30 years, you could lose money that could have been saved for when you need it. Imagine having an extra $ 180,000 pesos for retirement.
However, buying bottled water now seems like a habit to some of us, so we don't pay much attention when we buy it. We don't think about all the problems associated with it when we grab a plastic water bottle or two when we're at a grocery or convenience store.

So how do we change our habits? The first part is becoming aware of the consequences of our actions. Many of us are unaware of how much of our own money we are wasting each year on bottled water. We may also not know how much plastic water bottles damage due to the environment and potentially ourselves as well.

The second part of changing a habit is defining an alternative and then making the alternative easy to use. In this case, it could be simply buying a stainless steel water filter and water bottle and filling it regularly to take with you. Keep this bottle close to you as a reminder that you don't need to keep spending money on water bottles or plastic jugs over and over again.