In this article we are going to talk about the function that activated carbon or aquarium activated carbon can have. For some time activated carbon has been used to remove colorations that may arise in aquarium water or to remove debris that may be present in the water. These two functions are the most common but there are other applications such as removing ozone molecules or some free oxygen atoms.

Activated carbons have the capacity to adsorb organic compounds and can be applied in gases, vapors or liquids in order to function as a filter.

Activated carbon is recognized for having a similar appearance in each particle that composes it. Its adsorption capacity is proportional to the number of micropores it has. 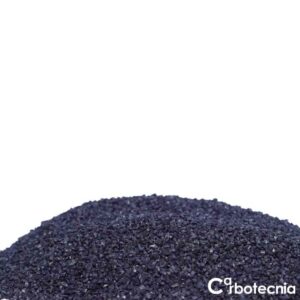 The first is the molecular structure, the characteristics of the element to be adsorbed directly influence the efficiency of the activated carbon. Larger molecules are easier to filter and smaller molecules the opposite. It is worth mentioning that those with lower solubility and low polarity are absorbed earlier.

The solubility of the compounds has an influence as more soluble compounds are more difficult to adsorb than less soluble ones.

Another factor is ionization, which is contrary to adsorption, therefore ionized substances are difficult to adsorb except for hydrogen ions in certain cases.

Finally, temperature can also be a factor affecting adsorption capacity as it can be decreased at high temperatures.

How can activated carbon be used in an aquarium?

Its use in aquariums is as a filtering system to retain vitamins, proteins, fats, heavy metals, natural toxins of living beings, among many others.

Just as its function can be very beneficial inside the aquarium, it can also have a negative effect and adsorb beneficial and indispensable elements in the life of aquatic beings.

If we take into account the above points, it is logical to think that the use of activated carbon should be regulated by an expert to keep it under control and in optimal conditions.

The use of activated charcoal may imply a heavy expense for an amateur as he/she will need more additives and supplements. Another effect that can be negative is that it can prevent us from detecting problems because we do not detect odors.

Can aquarium activated carbon be used in freshwater or saltwater aquariums?

Activated carbon can be used with both fresh and salt water, there is no problem. What we must take into account is that it should not be used without auxiliary filters that have a mechanical pre-filter.

In freshwater aquariums, aquarium activated carbon is always used as the last filter layer of the pressurized filter or in the last available cell of the backpack filter.

In saltwater or marine aquariums the aquarium activated carbon is placed in the filter collector or sump, it is also used in the last stage of the filter next to the return pump. 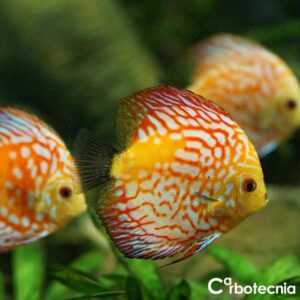 The aquarium activated carbon can be used in any type of aquarium but it is important to consider that its prolonged use will depend on the fish contained in our habitat (fish, plants or corals). It will also depend on the treatments we are administering for the fish or fertilizers for the plants.

It is necessary to take into account that if the water of our aquarium is not completely transparent and has an unusual odor or color, activated carbon is the best solution.

Are activated charcoal tablets useful or not?

Is activated charcoal useful for hangovers?