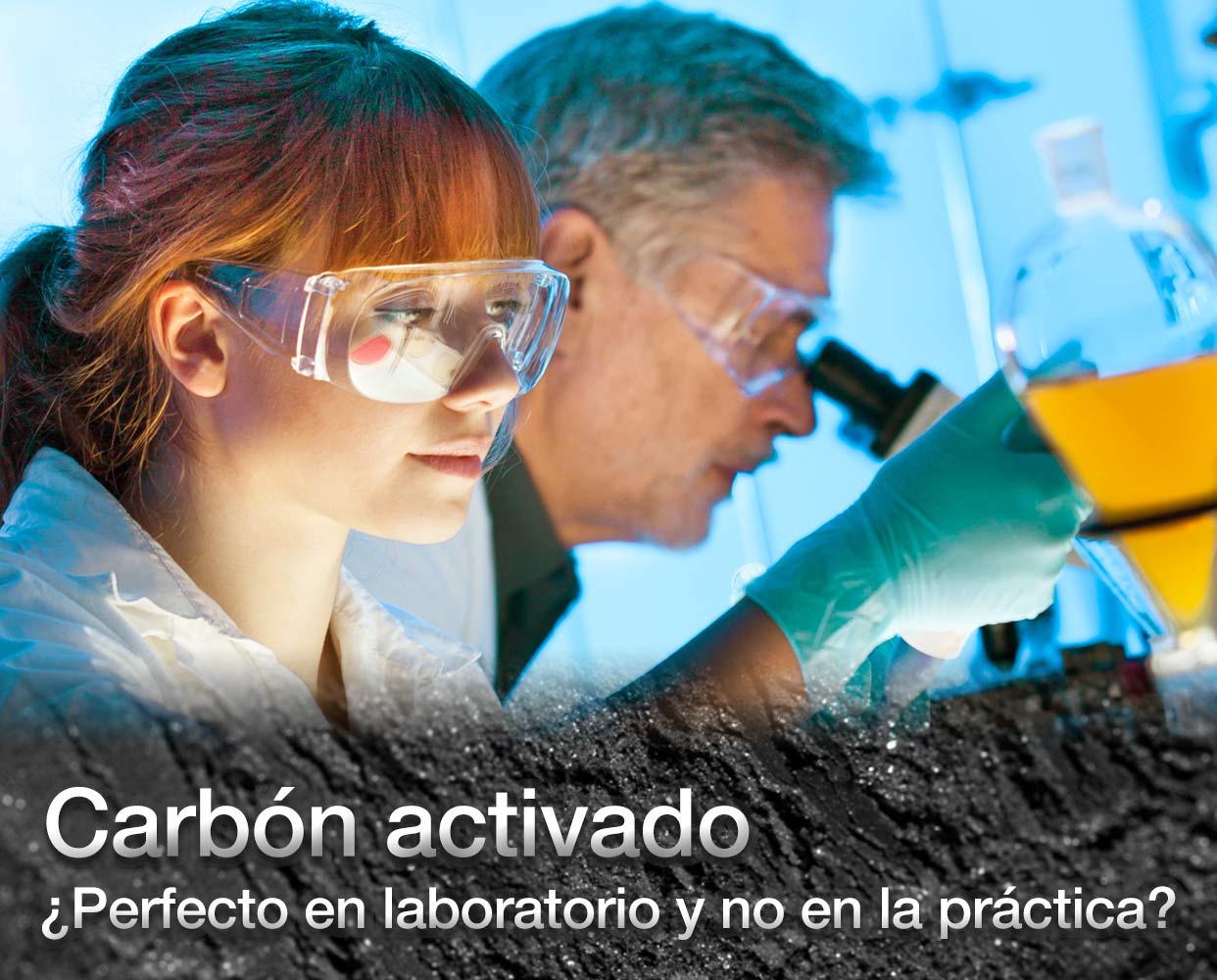 When the perfect activated carbon in the laboratory, it turns out not to be in practice. 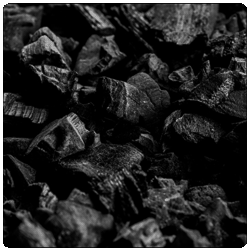 Most likely, adsorption by activated carbon It is, after filtration (understood as the retention of solids greater than a certain size), the second most used separation operation by humans in terms of frequency. Science has approached the subject with interest and depth. It is not uncommon for you to find surprising results in the laboratory, but that in large-scale applications they are not so surprising, they represent higher costs than expected, which sometimes even discourages their use.

The purpose of this text is to briefly expose and explain some of the most common operational errors in the application of activated carbons that occur because they do not consider variables that do not affect the laboratory, but do affect the scope of their application.

A virgin activated carbon always contains inorganic compounds. Some have their origin in the minerals of the vegetable used as raw material, and others come from the compound that is used when the coal is chemically activated. They can be acidic or alkaline. When charcoal is applied in a liquid, it can change its pH. When applied in powder form, if the inorganic compounds have some undesirable effect, they do it in each batch; when applied in granular form, they only affect the first liters treated. When comparing coals with different pore size distribution, the type and quantity of inorganic compounds present must be considered, since it is possible that a carbon is chosen, not because of the characteristics of its structure, but because of the effect of these. inorganic compounds. It should be considered that these compounds can be neutralized or removed from the carbon by dissolving in the appropriate solvent (which can be plain water or an acid solution).

Low life span of a CAG bed, due to being too short

When the mass transfer zone with which an AGC bed works (which treats a fluid, be it liquid or gas) is too long in relation to the depth of the bed, the breaking point is reached prematurely. This can be solved with slimmer bed designs.

The main application of granular activated carbon (AGC) is water treatment, where the useful life of the carbon is usually on the order of months or years. Although the water that reaches the coal bed does not contain suspended solids that are retained and require backwashing to avoid plugging that increases the pressure drop, it is essential backwash the bed with a certain frequency and achieve its expansion. If expansion is not achieved, the bed "petrifies," then cracks and the flow is channeled. As it is channeled, the water begins to circulate through the cracks in the bed, and the user mistakenly interprets that the coal has been used up. It is very common that, although the carbon bed is backwashed with the minimum necessary frequency, the correct expansion of the same is not achieved, which must be at least 30%. This is perhaps the most common operational problem in the CAG application. There are simple methods to verify that a carbon bed is expanding properly.

The water can have a fouling, corrosive tendency or be balanced. This trend is given by the concentration and type of dissolved solids present, and is predicted by indices, such as Langelier's. The latter is calculated from the data of total hardness, total alkalinity, pH, total dissolved solids and water temperature. When water is very encrusting, it generates deposits of salts on the walls of the carbon, which end up preventing adsorption or the chemical reaction that is sought (as is the case of dechlorination). When water is highly fouling, one must consider whether it is profitable to pretreat it with one of the various methods available for this (softening, acidifying, etc.).

Generation of bacteria in CAG beds that treat water

Activated carbon adsorbs organic compounds and concentrates them on its walls. These are almost always biodegradable. If the water to be treated is chlorinated, bacteria will not enter through it. But the coal removes free chlorine by chemical reaction, and the water that comes out of the coal tank is no longer chlorinated. When the equipment stops operating, a back pressure can cause the water in the outlet pipe to carry bacteria and these impinge on the coal bed. The same carbon protects them against chlorine. Bacteria develop and thus initiate anaerobiosis that will end up producing odors and water that does not meet the bacteriological parameters. This occurs in practically every adsorber that is part of a water treatment train. Therefore, it is important to assess the bacteriological quality of the water and to carry out an adequate sanitization procedure as often as necessary. It is also advisable to minimize the points of possible bacterial recontamination, such as leaks, unprotected samples and others.

On the one hand, when a AGC bed is put into operation, it takes many hours for the liquid to flood the pores of the coal, causing the release of bubbles. On the other hand, when the liquid to be treated is water, it can also release gases that it contained dissolved (O2, N2, CO2). And, on the other, there are applications in which gases are released for other reasons, as is the case of biological activated carbon, which is common as tertiary wastewater treatment. If the instrument that allows the escape of these gases (such as air eliminators) is not placed, they can accumulate until they reach the AGC bed and cause a decrease in the contact time of the liquid with the carbon, and thus prevent the expected adsorption.

Scientists study this issue, but it should be noted that many of the industries that produce activated carbons are not yet considering it. Failure to consider it can lead to the wrong conclusions in choosing the type of activated carbon for a specific application.

Loss of CAG hardness that is used to dechlorinate or remove some other oxidant (O₃, H₂O₂, KMnO₄)

It should not be forgotten that carbon is a reducing agent and that it removes oxidants by chemical reaction. As you do so, carbon atoms are lost in the graphene bales, and the carbon loses toughness. In addition to the fact that the loss of hardness increases the erosion of the carbon when operating, it also decreases the viability of the reactivation.

All adsorption phenomena are naturally exothermic. When liquids are treated, they have a sufficient heat capacity to cool sufficiently and reach a permanent regime. But this does not always happen in the case of air and other gases. When the heat generation is greater than that which the flowing gas can carry, the temperature of the bed rises, and if oxygen is present, the coal catches fire. In these cases, it is necessary to consider whether the gas to be treated can be diluted with another that acts as a coolant, or if an indirect means of cooling the carbon bed should be installed, or if it is sufficient to treat the activated carbon to reduce the concentration of salts and thus increase its ignition temperature.

In its mission to know any phenomenon, science requires starting by investigating it in its purest state. Later they study it in its possible practical applications and when they find satisfactory results, they deliver it to the industry. In the last step, a work that is also the field of science is frequently omitted: the study of those variables that intervene and affect the result when the phenomenon is applied on a large scale. This occurs due to the gap that still exists between scientists and industrialists, which makes collaboration and feedback between the two difficult.

The mentioned problem is common to any unit operation, but is greater in the case of activated carbon, due to the little knowledge that has spread among engineers and technicians about this adsorbent.

Based on thirty years of work in the application of activated carbons for various purposes, the author presents some of the operational problems that he has encountered most frequently. It does not include those that occur when the industry technician does not take into account scientific knowledge, which are very frequent (do not consider pore size distribution, dose, particle size, contact time, liquid viscosity, fluid temperature, etc.) It is important to know these problems to avoid them and thus avoid wasting the scientific work that has involved so much effort.